Your Lifestyle, Your Choice, Your Vogue Home.

A perfect home for you and your family

Build With Us Now!

In today’s modern society it pays to live in the city. Restaurants, shops, and all the amenities you want are right on your doorstep. If only there was a way of keeping all these great aspects without having to put up with the noise, traffic and other inconveniences present in big city living. Well there’s a smaller city with a big heart in Sydney where you can achieve all this, and that’s in Parramatta. It can best be described as a bustling city with a community feel. It provides all the lifestyle benefits of city living, without having to worry about the inconveniences. It’s an ideal place to build a home and set your family up going forward.

Our team of experienced builders will guide you through the entire process from design meetings all the way until move-in day. 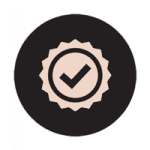 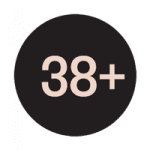 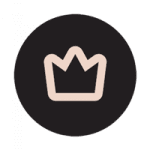 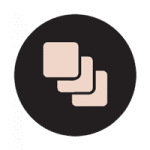 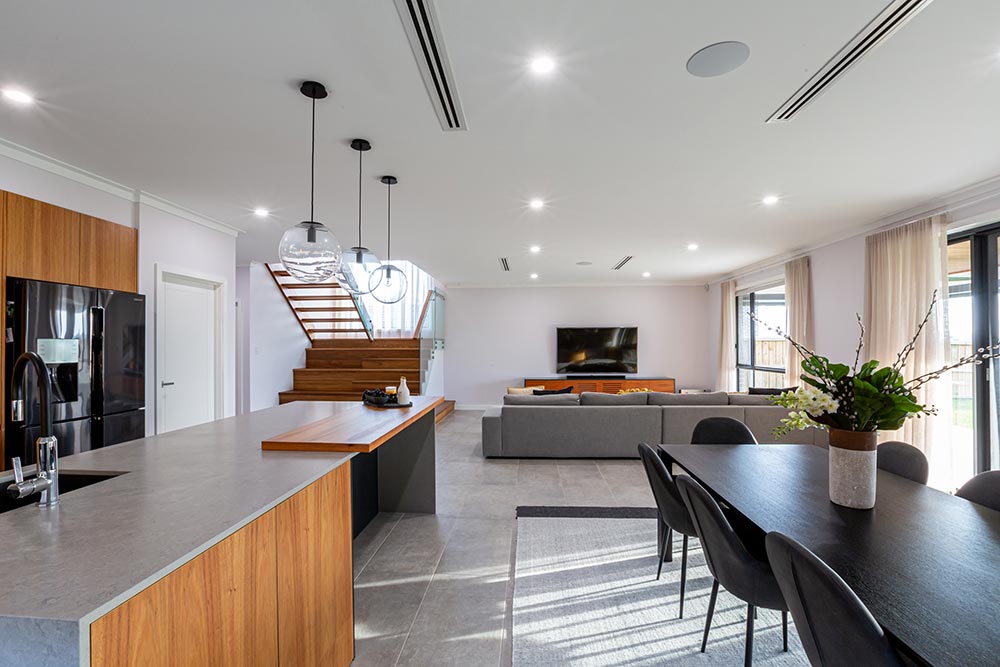 Vogue Homes is a proud family owned and operated Australian business that’s been making dreams come true for over 38 years. As part of our development, we’ve gone through quite a journey, from humble beginnings, we’ve grown to become a second generation award winning luxury home builder servicing Parramatta.

Overall we strive to be flexible enough to adapt and respond to our customers changing needs, and continue to offer innovative and quality homes that provide a dream lifestyle to our customers.

Learn more about our Selection Studio

At Vogue Homes our passion is building homes. Homes that exceed expectations in quality, inclusions and tailored service.

Our business is centred on key practices that underlie what we do.

For most people building a home is a once in a lifetime experience, therefore the building journey is as equally important as the finished product.

At Vogue Homes we understand that every customer is different (i.e. different families, lifestyles and cultures). As part of our building journey we assign in house interior designers with every build to tailor to your specific needs. This ensures that each innovative quality Vogue home is designed to suit our customer’s individual visions.

An important factor that makes us different from other builders is the value for money we offer.

These days it’s all about the optional extras, you’ve probably seen it yourself at some display homes, you fall in love with a house design, only to find out later, it’ll be an additional sizable outlay because of all the upgrade options needed.

This is where we’re different at Vogue Homes. We know what it’s like to try to get the most out of hard earned capital, with Vogue Homes most upgrade options come as standard inclusions. Which means you get much more for less.

Just the right size for you

At Vogue Homes we strive to be flexible enough to meet our customers’ needs. We are a big enough builder to be low risk to our customers, but still small enough to be nimble and offer a customised service.

Overall, we are a respectable family run business that offers innovative and quality homes that provide an outstanding lifestyle to our customers.

Learn more about our build process 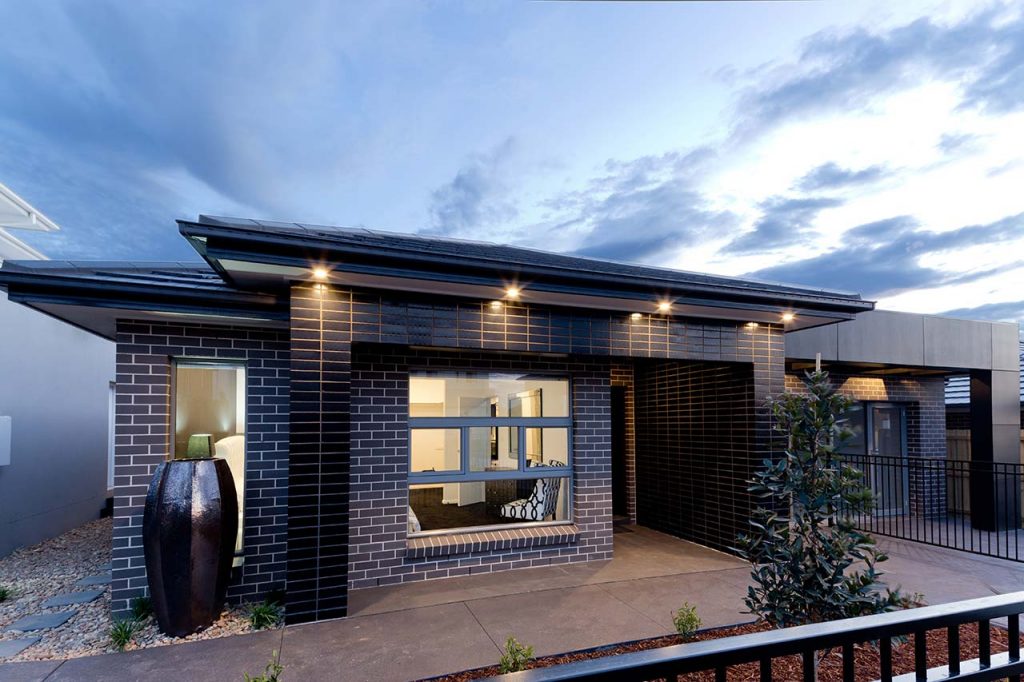 Here at Vogue Homes we are your trusted partner when it comes to building in Parramatta. We have the knowledge and expertise on how to navigate with the local city council and offer a personalised building experience to match your particular needs.
What We Build in Parramatta

Parramatta is a well-established area with little or no vacant land within the Sydney metropolitan area. As such, if you are looking to build a new home in this area a Knock Down and Rebuild (KDR) scenario will likely be your best option.

A KDR is a cost effective option that removes the extended and costly hassle that can be associated with renovating an existing dwelling.

Here at Vogue Homes we specialise in KDR, we have a dedicated team that can guide you through the entire process and help you assess if this building option is suitable for your needs. You can find out more about our KDR process right here.

If you decide to go down the rebuild avenue, know that with Vogue Homes We have a full range of home designs available that can be viewed here. However, you’re not limited to a particular design. We understand that our standard plans may not suit all customers or sites. This is why we offer a tailored custom home build service that suits both your lifestyle and budget. This service provides the experience of the builder and the designer working together with you in the design process. You can find out more details about our custom home build process right here.

Why Should I Build In Parramatta?

If you want to be near all the action and still have a home close to parks, recreational areas, and some of the most well-known schools in all of Sydney, Parramatta is the place for you.

Parramatta is the second largest city in Sydney and the fastest growing city in Australia.

With the upcoming Metro West, it is situated only 25 mins to Sydney’s CBD, with a future link to the new Western Sydney airport not far off.

The federal and state governments have committed to the growth of the area, investing millions in the Light Rail and Metro West infrastructure projects. The area features high land value so it’s an opportunity to maximise your investment in a new home.

If you’re looking to raise a family here, Parramatta has a number of great schools, in particular well known private schools such as Parramatta Marist, Tara School, and Kings School.

Even from a builder’s perspective the suburb is an attractive proposition.

Why Do Our Clients Prefer Vogue Homes in Parramatta?

When building your dream home you need an experienced builder to help navigate through some of the potential challenges of building in a particular area, and also someone who has the familiarity of working with the relative councils in the appropriate jurisdiction.

Vogues Homes has the runs on the board for building quality homes in Parramatta. We have the valuable experience of working with and adapting to obstacles that are common to the area including; large trees, sloping blocks, and swimming pools. We also have a long standing working relationship with both the Parramatta City and Ryde Councils, and know exactly how to avoid many of the common pitfalls that affect other builders who are not familiar with the area.

Ready to Build in Parramatta

If you’re looking for a small city with a big heart, Parramatta is the place for you.

Vogue Homes is a builder that can help you navigate the intricacies of building close to a city.

We’re a well-established experienced builder who has the knowledge and expertise to handle all building regulations and approvals. We provide a customised building service to make sure that we not only look after your current needs but can also manage your future growing family.

Why not contact us today and let’s get working on your dream home in Parramatta.

Discover our display homes virtually or contact one of our locations below to schedule an appointment to experience the Vogue Homes' difference. Find out why we have built a strong reputation for competence, innovation and integrity. Come and see the product of our 30 years of experience and commitment to quality.

Yes, I'd Like To Learn More About Vogue Homes!

Once we receive this enquiry form, a member of our team will contact you shortly.

Knock Down and Rebuild